In the News: Plastic Panic

There's an interesting article by Jerome Groopman in the most recent New Yorker. It's called Plastic Panic, and it focuses on the bisphenol A controversy, while also exploring why the effects of chemicals on the human body are so difficult difficult to determine.

In addition, it provides info on chemical legislation in the United States and demonstrates that the U.S. is in need of some serious reform.

Here are a few interesting bits from from the article on this subject:
Not good. Very not good.

Dear readers, I ask you to take a gander at this article so that you can get informed about this issue (if you're not already). It's an important one.

Carmen said…
Hi there, have you ever had a chance to read Slow Death by Rubber Duck? It's got a bit of a Canadian twist on it, but it's a very good book. 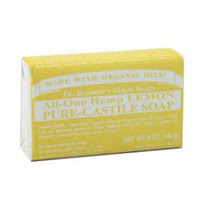 What I'm Doing to Be Mostly Plastic-Free